The future of Android at Google I/O 2018 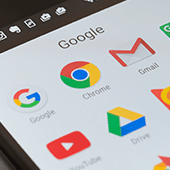 Google's major conference has come and gone. Its keynote speech gives consumers a sneak peek at Google Assistant and the next version of Android. This will help developers get their integrations, services and apps ready before the search engine giant releases its new stuff. What is Google planning for 2018 and beyond? Read on to find out.

While the primary focus of the Google I/O conference was on the developers, every tech enthusiast in the audience had the opportunity to see what the future holds for their favorite Google products and the upcoming Android P. This year's developer conference focused on software and new mobile technologies that will be released later in the year.

The keynote was kicked off by CEO Sundar Pichai, who talked about Google's mission and how it is linked to AI. He stated that AI will help industries like healthcare predict certain events.

Pichai also stated that machine learning will play a major role in enhancing closed captioning's ability to figure out who is talking when there are multiple people speaking on-screen.

However, tech enthusiasts were extremely excited when the Google CEO announced the following features and upgrades:

The test version of Android P is currently available on Oppo, Sony, Mi, OnePlus, Essential Phone and Google Pixel handsets. The search engine giant announced that they will release the first retail version around summer this year.

Beta testers enjoyed the refreshing look of Android P, where most interactions such as switching between apps were done by gestures. A new Dashboard feature shows how long the user has been on the device, including the number of notifications received, how many times the phone was unlocked, and the time spent in a particular app. Users will also be able to set a time limit if they want to stop themselves from habitually staring at their phones.

In last year's event, Google announced AI-powered technology called Google Lens which uses a mix of machine learning and the smartphone's camera to detect a specific object, know what the object is, and provide results based on what it knows about the object.

At the time, this feature was available only in Google Pixel phones, but the search engine giant announced that more smartphones will soon have this feature built in.

Google continues to innovate and improve on its products, and we are here to help you make sense of all the tech so you can adapt it to your lifestyle. Get in touch with us today so we can discuss this tech and how you can benefit from it.